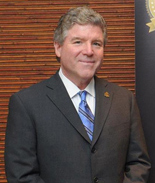 To honor the millions of business executives and workers worldwide who quietly accomplish innovative and extraordinary things in the workplace every day, Michael founded the Stevie® Awards in 2002. The name Stevie comes from the Greek name Stefanos, which means "crowned."

Michael’s commitment to honoring excellence was sparked during his tenure as Vice President of The New York Festivals, organizer of the some of the world’s largest international awards competitions for film, television, advertising, and other media. Under his leadership from 1982 to 1988, The New York Festivals significantly expanded its global influence by adding new awards competitions in fields such as radio and print advertising.

Michael holds a bachelor of arts from Fordham University in New York City and a master of business administration from George Mason University in Fairfax, Virginia. 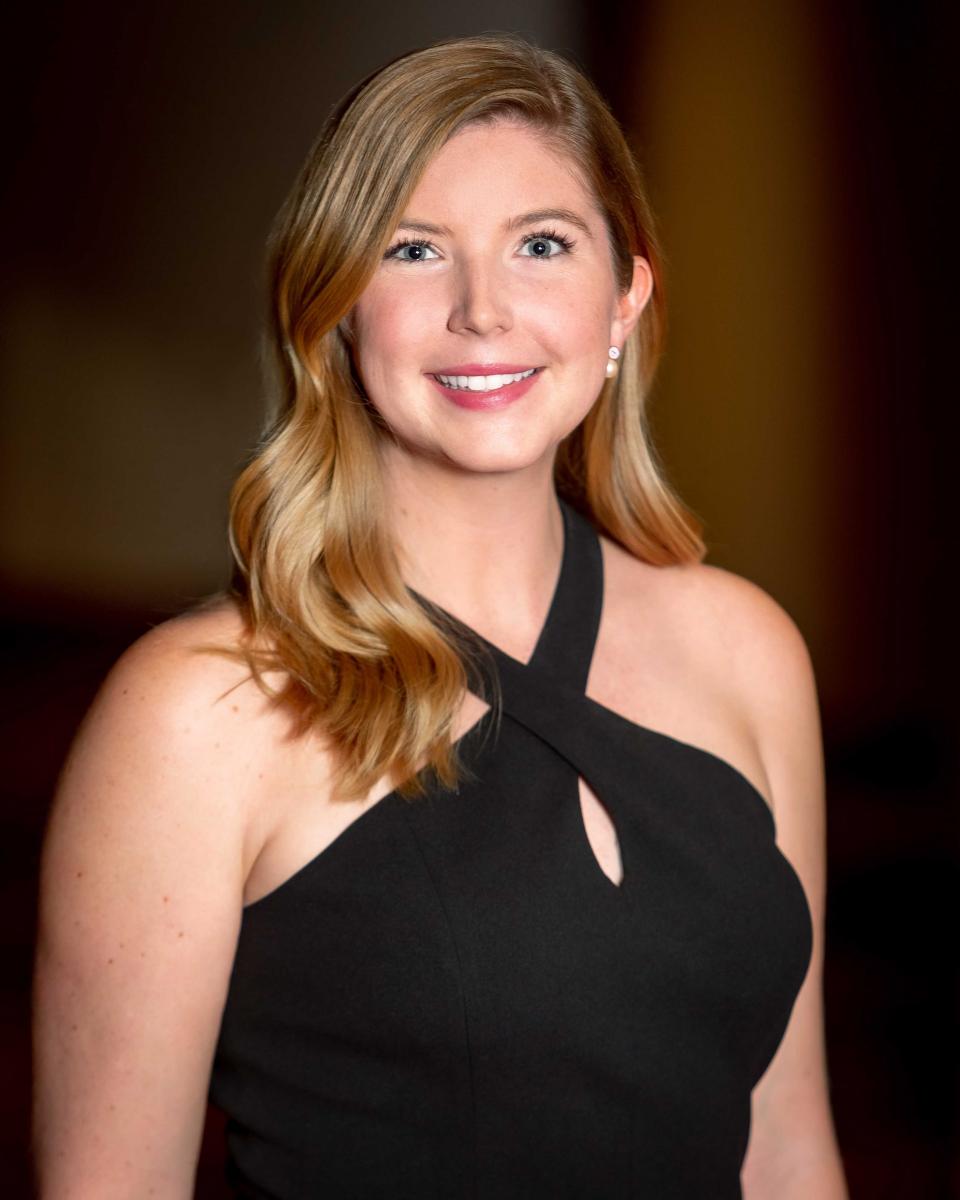 Maggie was the Communications Manager at the Stevie Awards for 6 years before accepting the role of President. She works as a jack of all trades for the eight Stevie Awards competitions by managing marketing, accounting, HR efforts, and more with her amazing colleagues listed below. She loves how the Stevie Awards allows professionals all over the globe, from entry level to executives, to be recognized for their daily efforts and innovations.

Maggie holds a Bachelor of Science from James Madison University and a Master of Business Administration from George Mason University, both in Virginia. 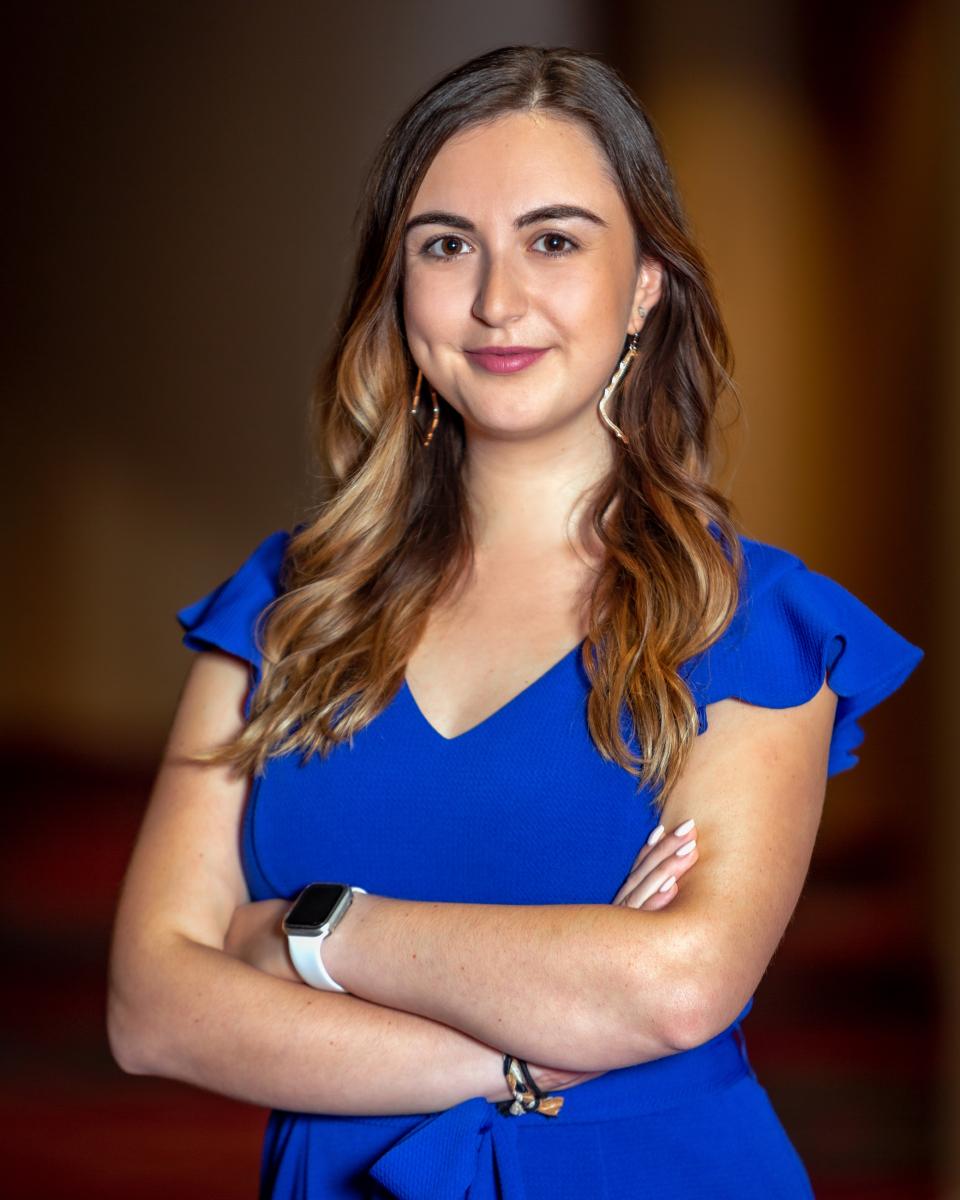 Ruslana Milikhiker, CEM, Conference & Event Manager
As the Conference & Event Manager, Ruslana manages the Women|Future Conference as well as all logistical, creative and programmatic elements of eight award programs. From venue contracts, to vendor negotiations, and food & beverage selections, Ruslana leverages her relationships from planning to execution. With her dynamic communication skills, strong attention to detail, and organizational skills, Ruslana is dedicated to producing a memorable experience, every time.

Ruslana is Certified in Exhibition Management and holds a Bachelor of Science in Marketing from the Robert H. Smith School of Business at the University of Maryland, College Park. 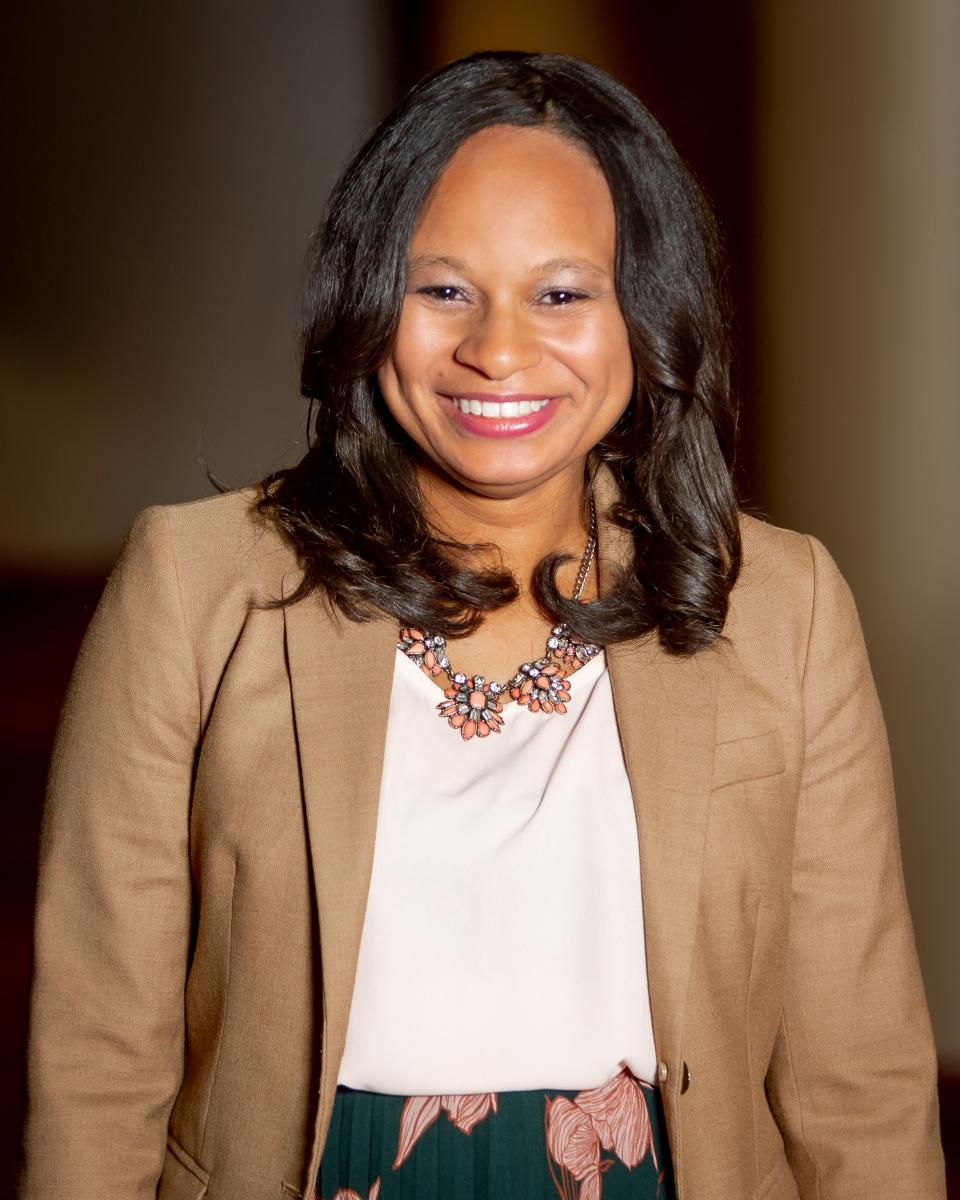 Katina holds a Bachelor of Arts in Marketing from The Wallace E. Carroll School of Management at Boston College. 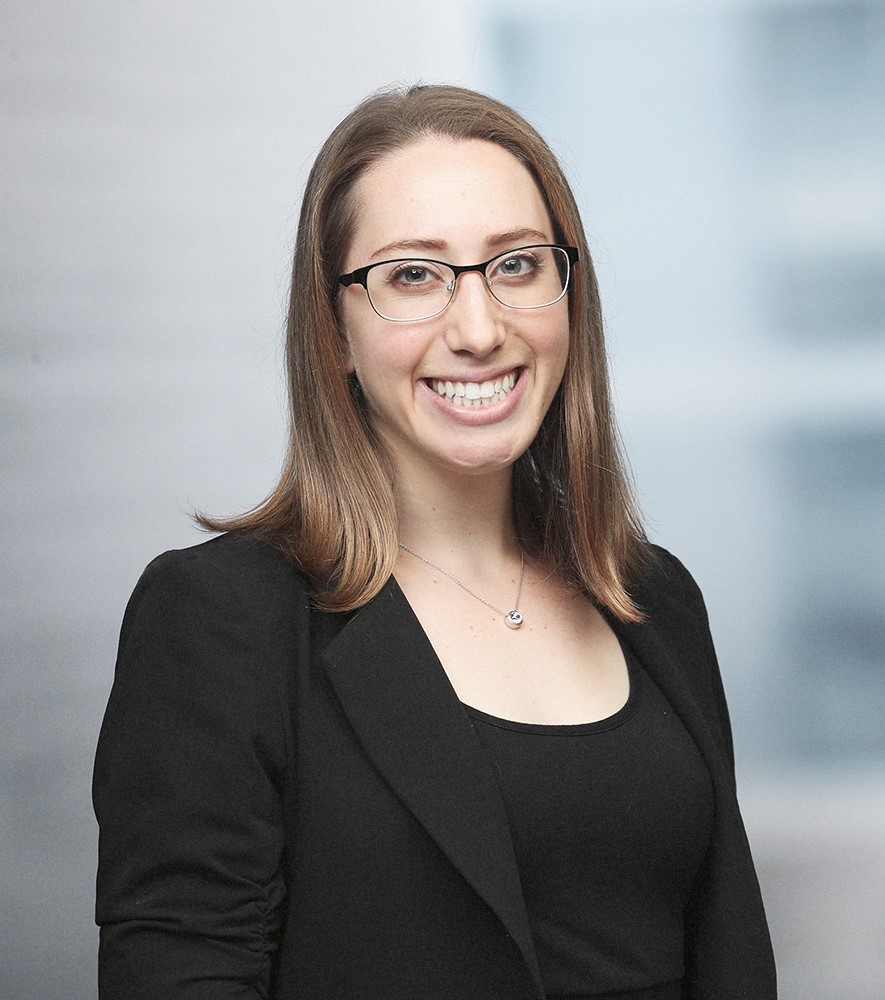 Nina is the Marketing Manager for the Stevie Awards. She is responsible for creating and implementing marketing strategies that set the vision and evolution of The Women|Future Conference and Stevie Awards programs. Prior to joining The Stevie Awards, Nina spent 5 years as a Marketing Manager for B2B conferences, trade shows and events in the IT industry. Her background in content writing, event planning, and social media marketing gives her a diverse skill set.

Nina graduated from Muhlenberg College in Allentown, Pennsylvania with a Bachelor of Arts in Business Administration and a concentration in Marketing. She is a former college athlete and team captain with
a natural drive to succeed. 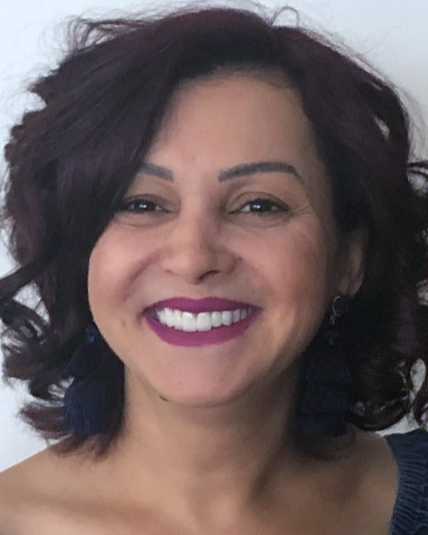 May Hassan; Communication Consultant for the Middle East Stevie Awards
May has over 20 years of experience with large multinational organizations as a Marketing/Communications professional. She has a strong managerial background with executive-level and cross-sector exposure. May takes pride in her strategic skills and vision and is able to build and implement sophisticated plans in her role. She has a proven track record explicitly supporting business needs. May promotes the Middle East Stevie Awards program for 17 nations in the Middle East and North Africa regions by providing marketing support for the awards and its sponsors. 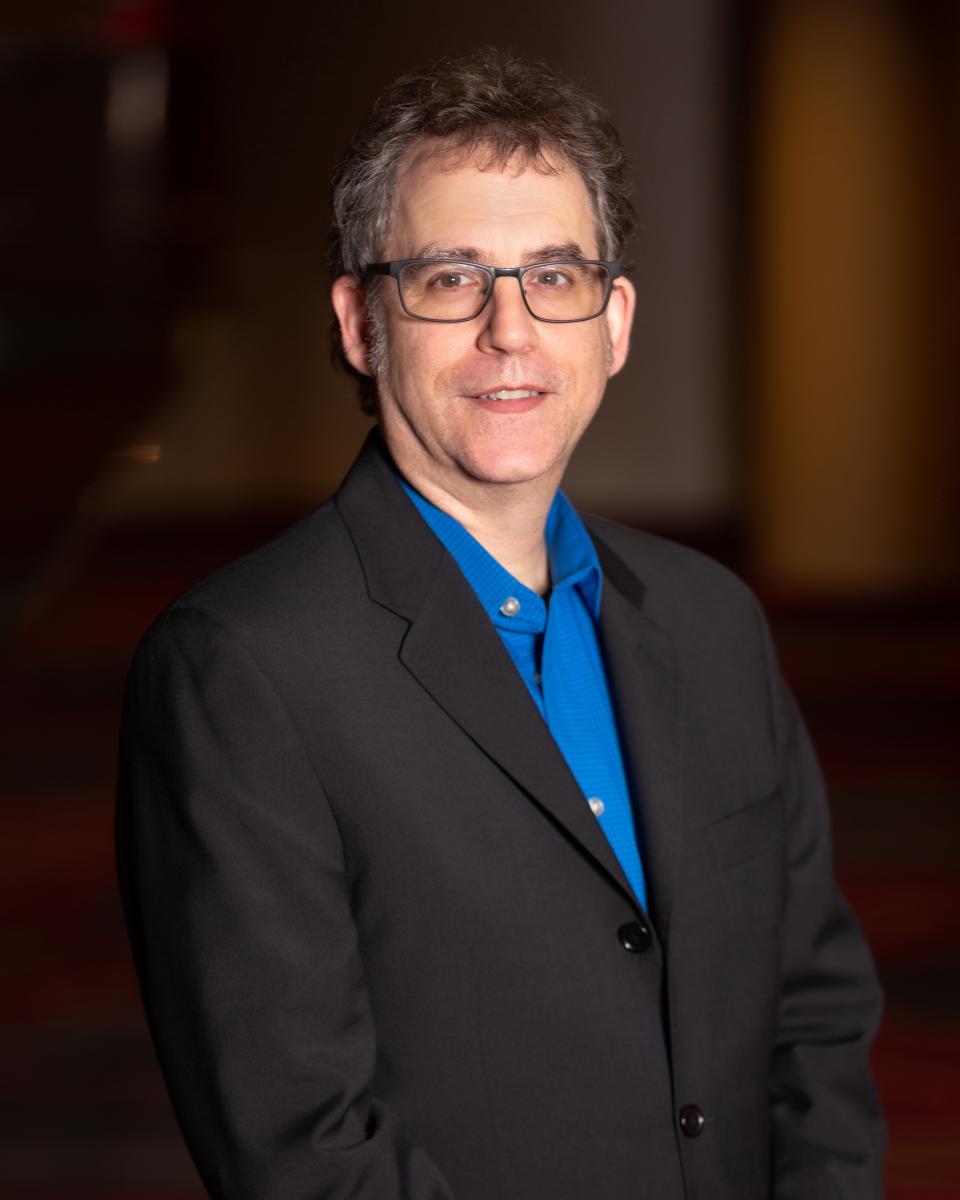 Hal Goldberg, Entry Processor
Hal Goldberg has 20 plus years of experience in the business and commercial media awards recognition industry as an entry processor and customer service associate and administrator. He was previously attached to the New York Festivals where each year he processed thousands of entries, providing technical assistance to entrants with nominations into the festivals for its many different competitions.

He is now doing the same for entrants of the Stevie Awards and its many competitions. 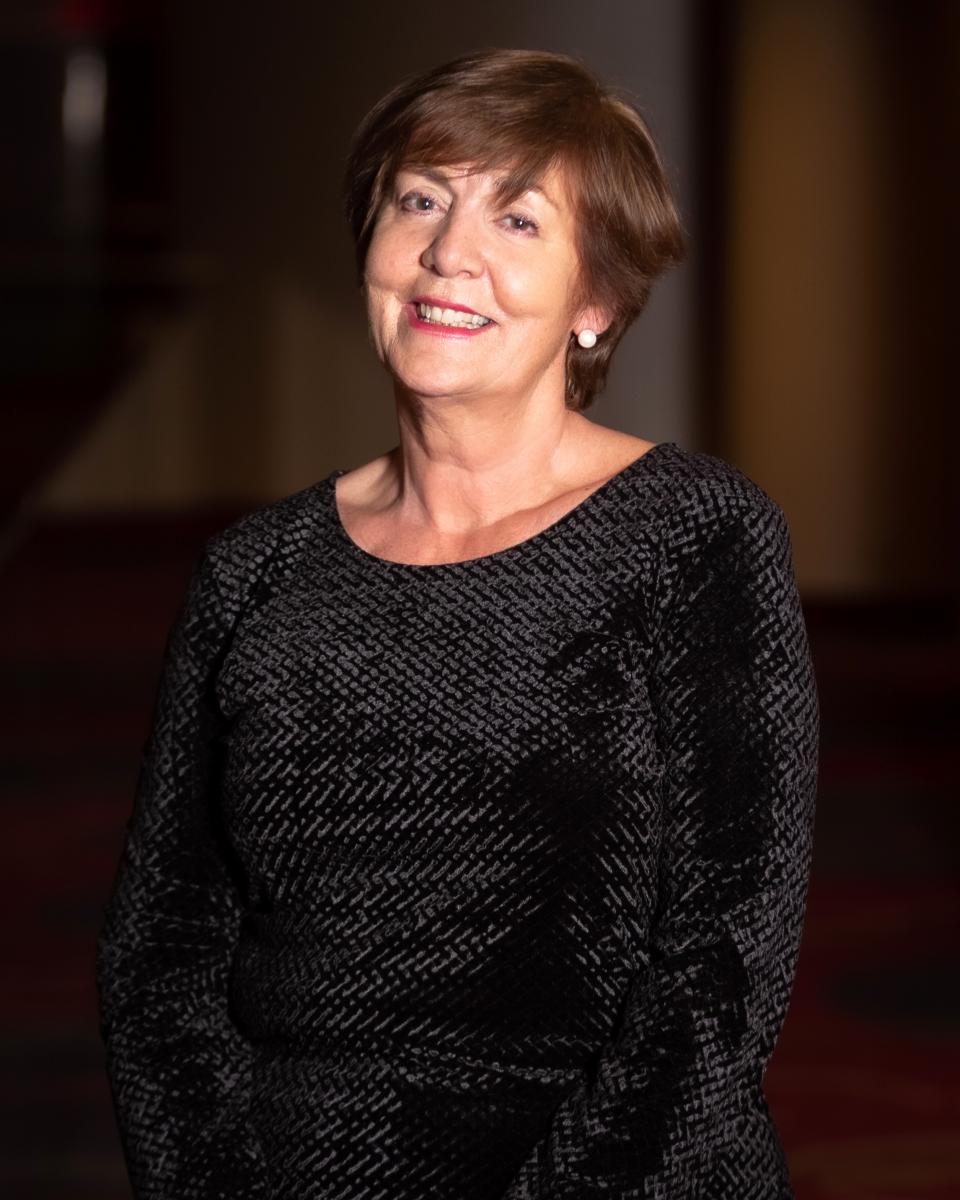 Anne White, Judging Coordinator
Anne has extensive experience in marketing and public relations, working in Europe and the United States in the fields of awards competitions, information technology, broadcast media, travel and leisure, and consumer products. From running her own PR agency in London, UK, Anne moved to the United States and joined the Stevie Awards in 2006, where she provided articles for the blog and online newsletter. She is now the Judging Coordinator, organizing and overseeing international judging committees for all Stevie Awards competitions. Anne holds a Certificate of Business Management from Baruch College, New York, and studied German, French, and Spanish at the University of Vienna. She speaks fluent German and French. 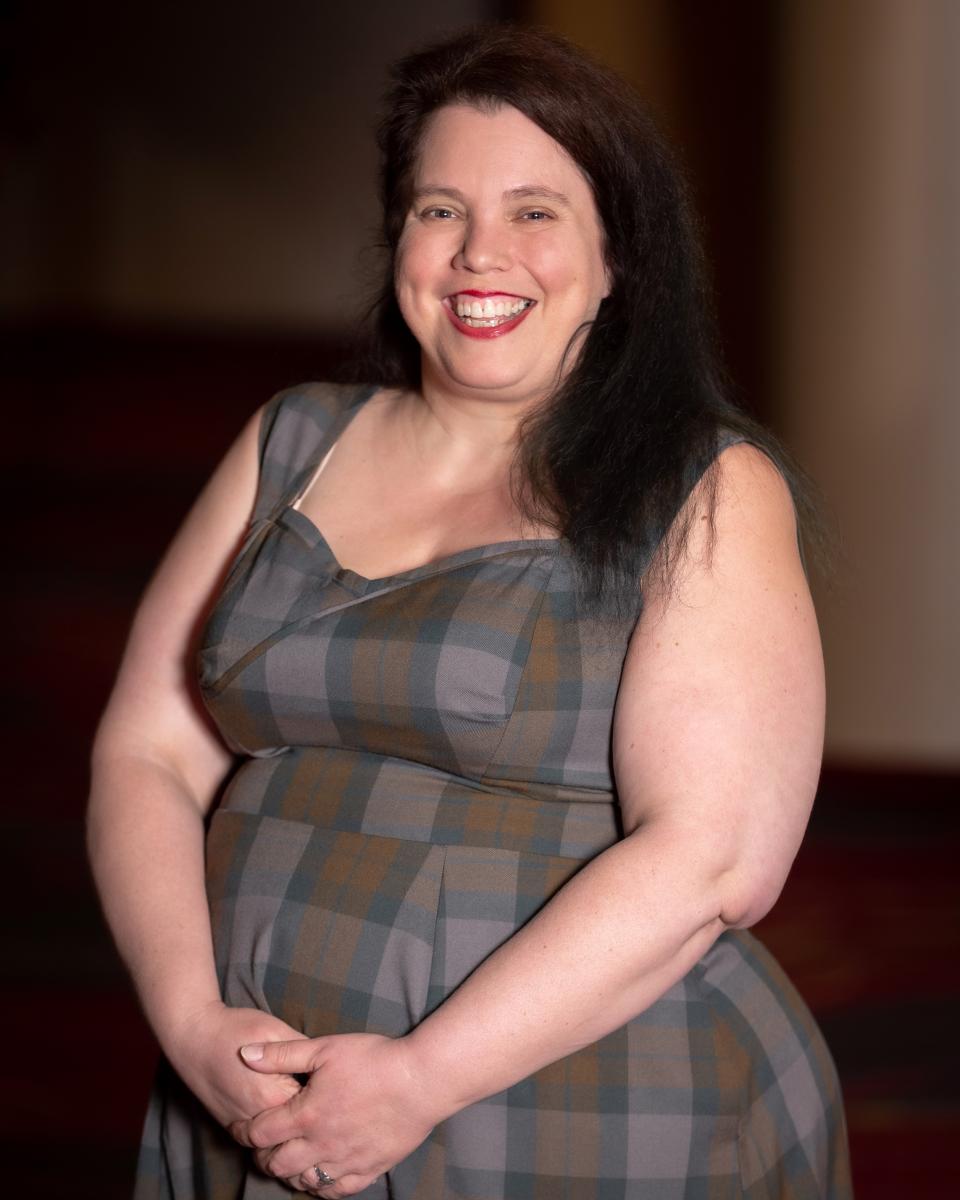 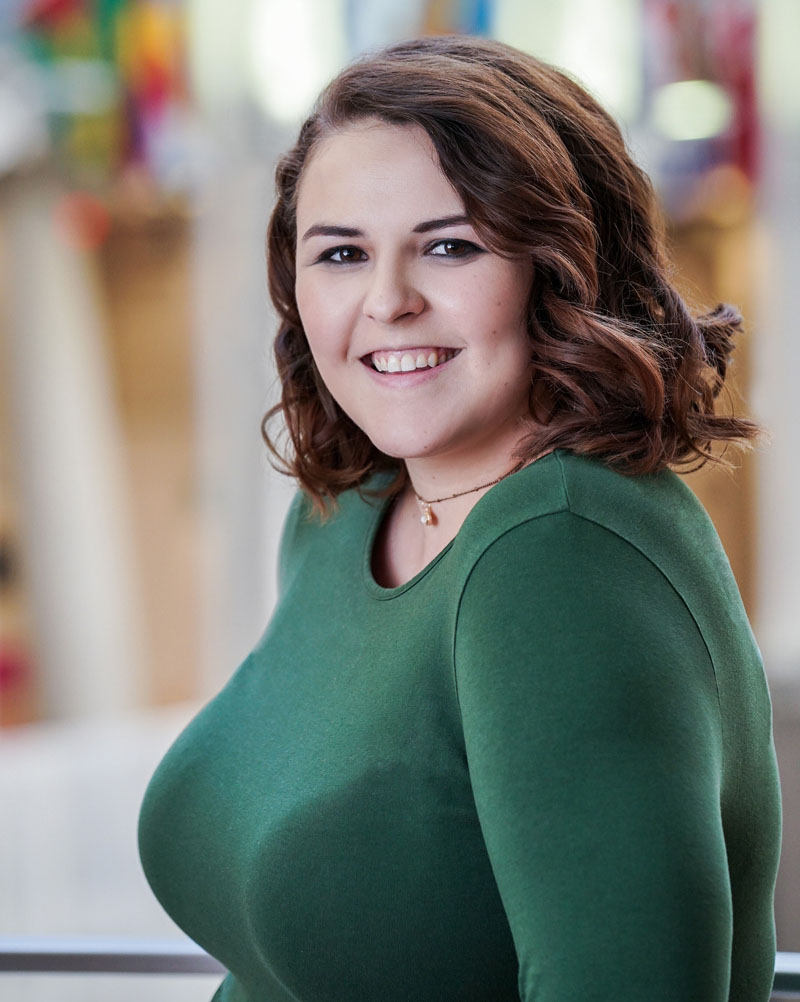 Alissa recently joined the Stevie Awards as the Digital Marketing & Design Specialist. She is responsible for creating graphics and visual elements for The Women|Future Conference and Stevie Awards program, as well as managing digital marketing efforts. From brochures and social media images to advertising campaigns, Alissa prioritizes professionalism and clarity. Previously, Alissa spent time as a Design Manager and Marketing Coordinator in the hospitality and nonprofit industries.

Alissa is certified in Social Marketing and holds a Bachelor of Fine Arts in Graphic Design from Virginia Commonwealth University School of the Arts. 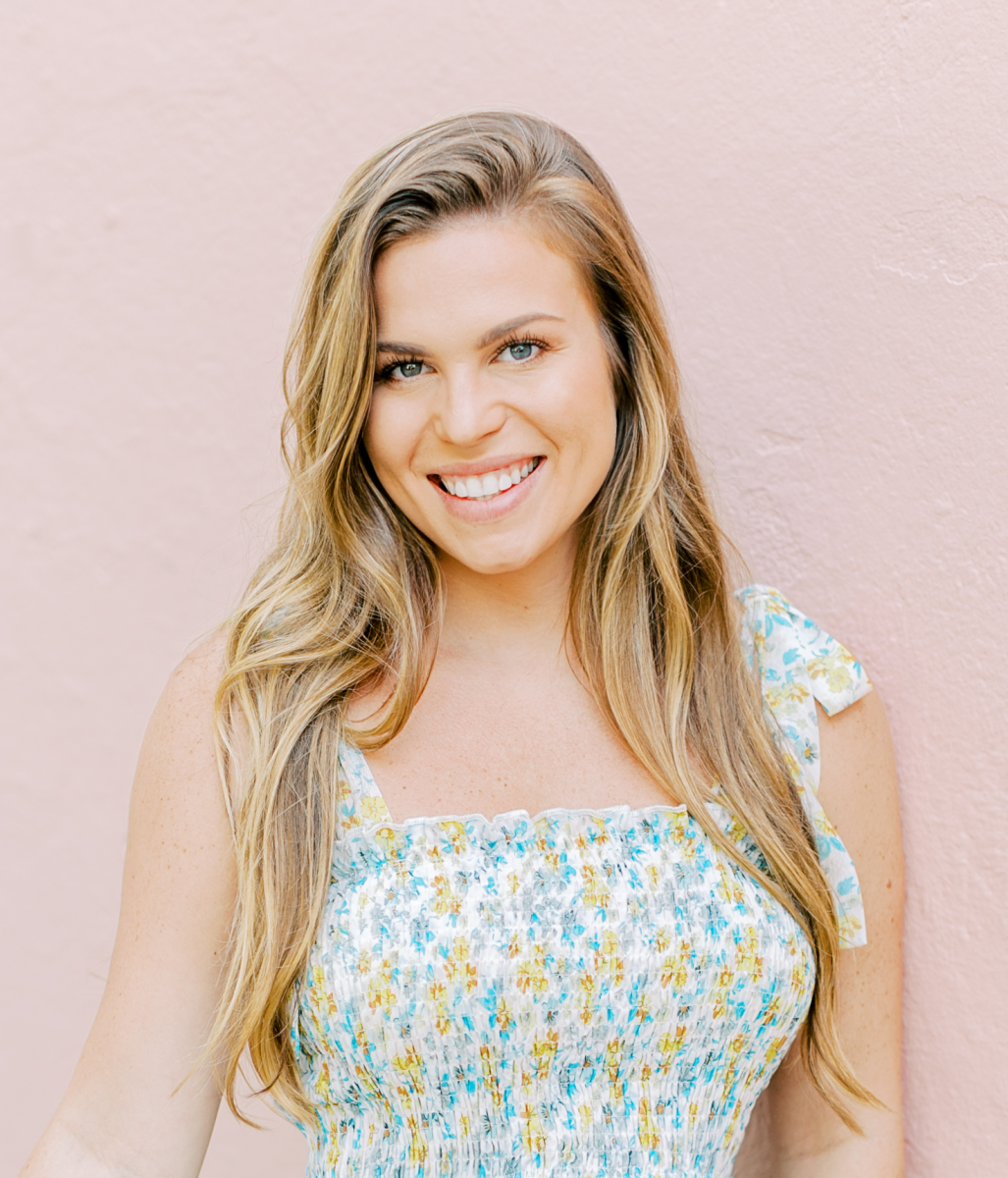 Lindsey Brill, Event Coordinator
Lindsey assists in the coordination and marketing efforts that surround the Women|Future Conference. She is passionate about the conference's mission to connect and empower women in business from all walks of life. Lindsey began her event planning career at Clemson University where she received a Bachelor of Science in Marketing. Over the past five years, her love for event marketing and coordination has blossomed as she has gained valuable experience in the hotel, hospitality and corporate industry. In her free time, she enjoys photography, relaxing on the water and playing with her puppy, Sonny! 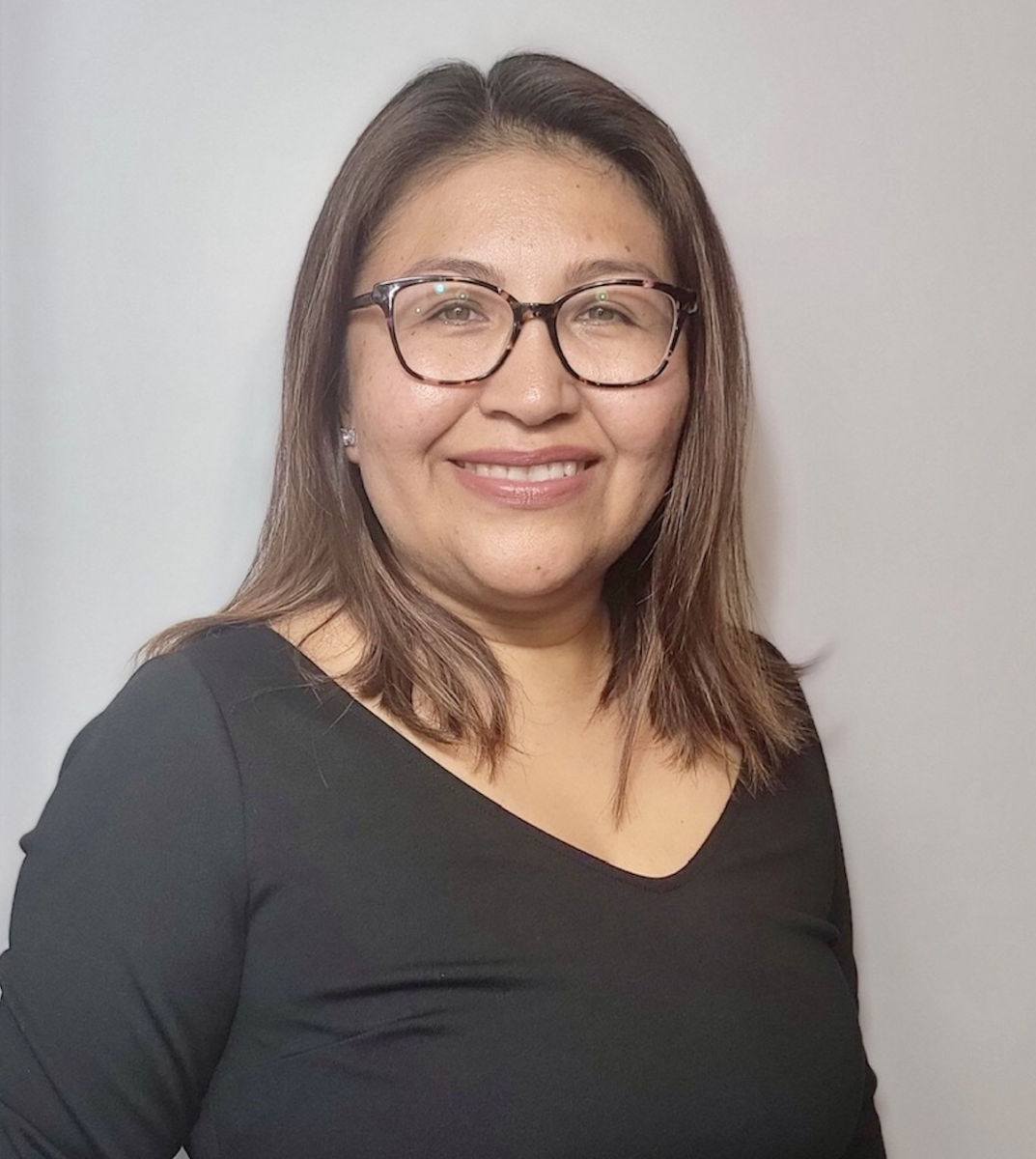 Laydy Reyes, Judging Assistant
Laydy is the Judging Assistant for the Stevie Awards. She assists the Judging Coordinators as well as the judges in our various programs. Laydy has many years of administrative experience and a background in working with nonprofits and education. She feels very inspired by learning about the various innovations that award winning businesses are doing around the world. Traveling, learning about the history of the area, engaging with locals, and, of course, sampling different foods are some of her favorite things to do.

Laydy graduated from George Mason University with a Bachelor of Arts in Global Affairs and a Minor in Business. 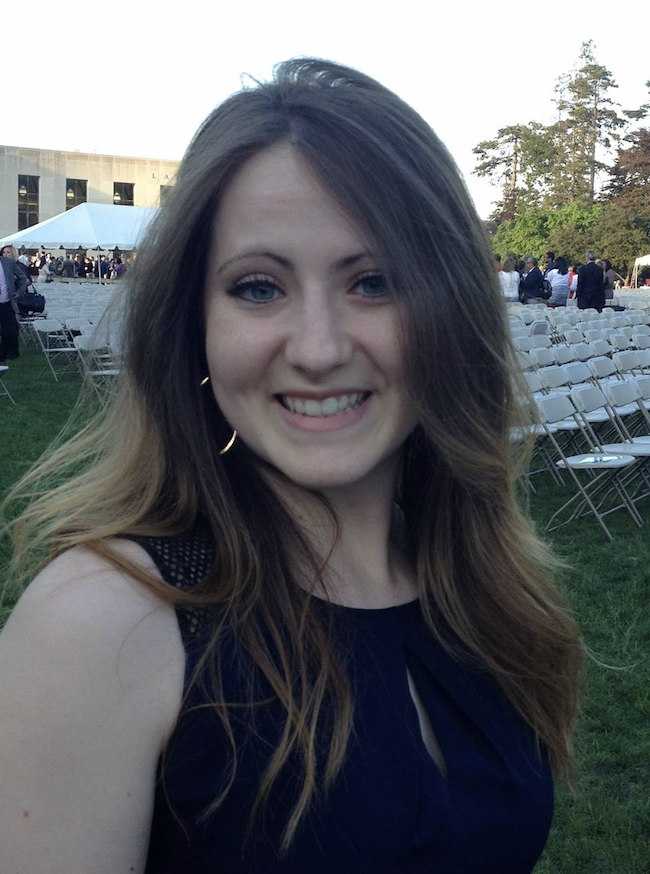 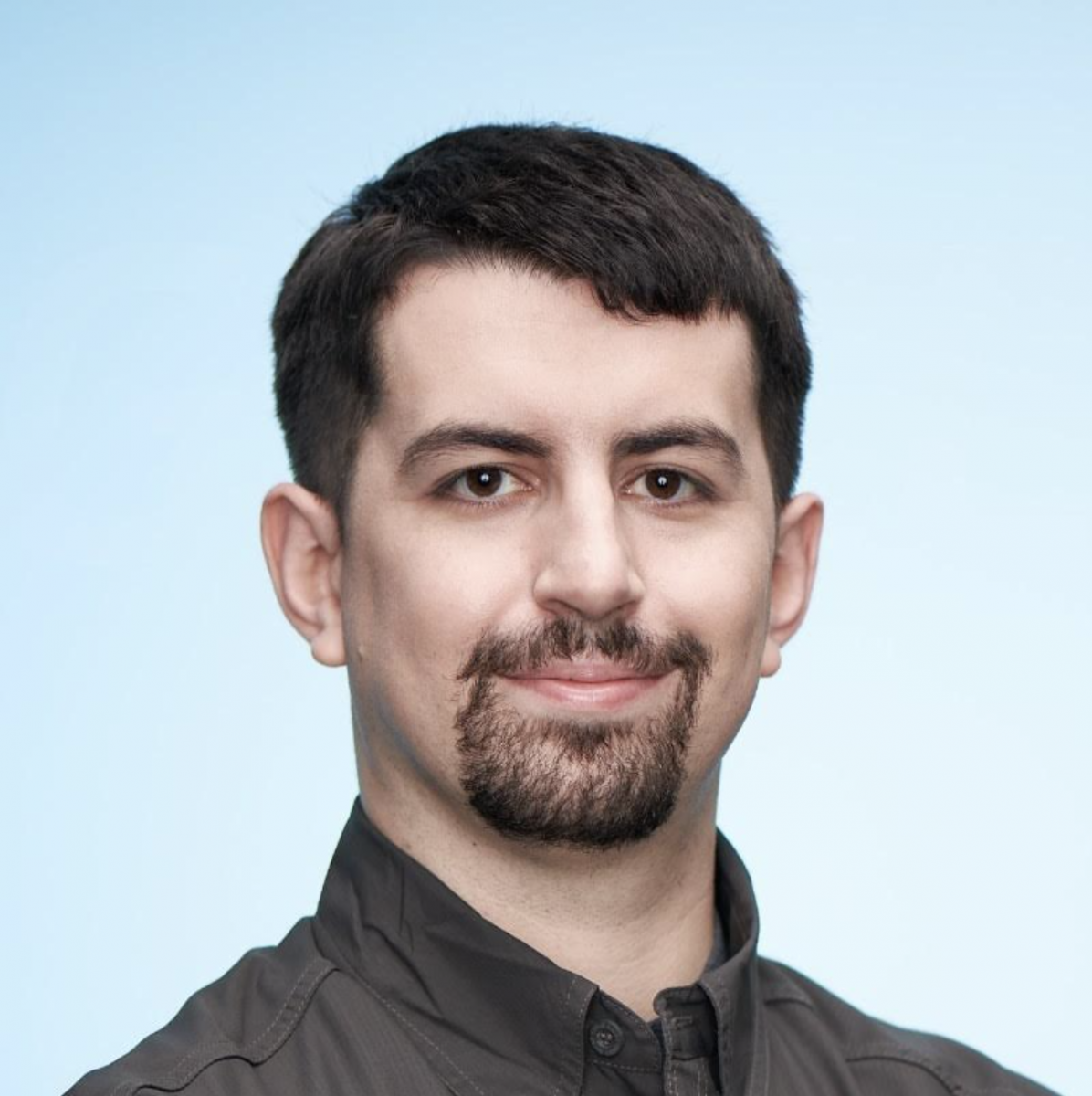 Roman Dadiomoff, Executive Assistant
Roman is an Executive Assistant for the Executive Chairman of the Stevie® Awards. He assists anywhere help is need from answering the company phone line to preparing winner announcements and mailings for all eight competitions. Roman has many years of experience being a part of small team and is willing to jump into any situation and help in any way he can. He is excited to be a part of a company that acknowledges the great work and accomplishments of so many people around the world. When he is not working, he enjoys spending time with those close to him including his wife, Gretchen and their two cats.

Learn about the other Stevie Awards competitions

This site uses cookies to help us deliver our services. By using this site, you agree to our use of cookies.